Resonating with the flow of live music, where parallel traditions intermingle, forming new combinations, bristling with new possibilities, and where the spark of improvisation brings unknown into being right before our ears!

Bringing together artists from varied streams of contemporary music, from our community and beyond, where we are united by being up-stream from the main stream, sharing a common spirit of open exploration, searching for the new and a celebrating the unknown.

With open hearts we are honoured to present these artists, each different from one another, yet all sharing this path of searching.

Soprano Suzie LeBlanc, a native of Moncton, joins composer Jérôme Blais, director François Racine, film-maker Phil Comeau and scenographer Karen Trask to present a show based on the theme of the sphere of influence and banishment, from texts by Acadian artists. Sound and visual environments are linked in a continuous way, drawing the public into a genuine migratory journey led by Leblanc’s voice and the musicians who accompany her, in the light of suggestive images. Based on texts by Gérald LeBlanc, Sarah-Marylou Brideau, Herménégilde Chiasson, France Daigle, Léonard Forest, Céleste Godin, Georgette LeBlanc, Gabriel Robichaud, Roméo Savoie and Serge Patrice Thibodeau. 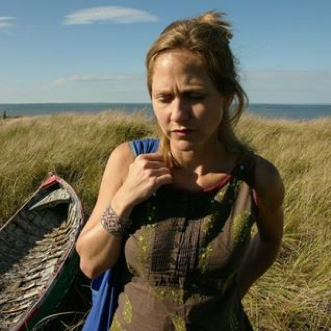 At The Coburg Social
Friday, January 4, 9:30 PM
Reception for all musicians, presenters and patrons

Five improvisors from different genres playing together for the first time, performing a collective improvisation. The audience is invited to question the performers about the music played and the outcome. Thanks to the International Institute for Critical Studies in Improvisation (IICSI) for fostering moments where communities and world harmony intersect. Featuring Simon Docking, Andrew MacKelvie, Toni Pigot, Evan Syliboy and Tarel Naik.

Nicole Rampersaud and Joel LeBlanc will make their debut as a Duo at this year's Open Waters Festival.  Nicole Rampersaud is a Trumpet Player and Composer focused on creating music that cuts through genre, culture, and hyperbole to create resonate experiences that connect people from all walks of life. Her ability to effortlessly blend a multitude of musical practices, coupled with her impeccable control of traditional and non-traditional techniques allows her to deconstruct and abstract her instrument's sound in fascinating ways. Multi-award winning Guitarist and Composer Joel LeBlanc has spent the past several years organizing free improvisation ensembles with a broad cross section of musicians, from Nadia Francavilla to Mark Adam amongst several others.  The pair will perform new compositions written specifically for the festival. 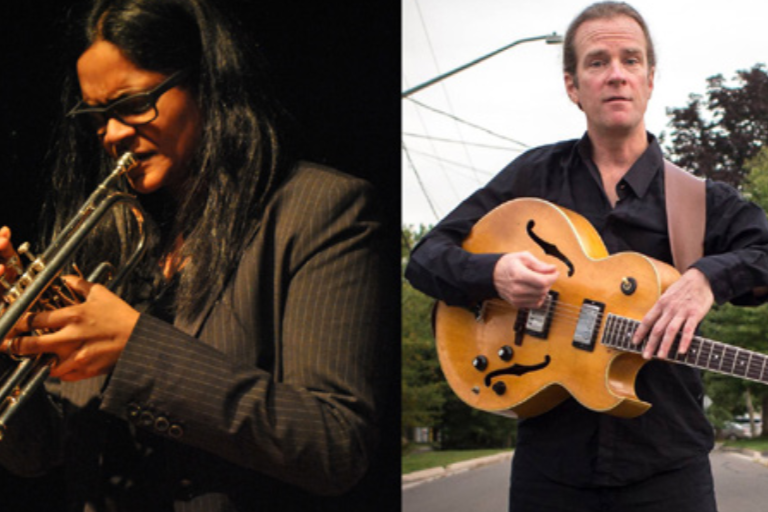 Noise Knitting is a solo version of the collaborative project Rokkur, developed by Sarah Albu, Reuben Fenemore and Heðin Ziska Davidsen. Vocal loops and live electronic processing are mixed with storytelling and varied sonic textures, using textile tools as sound sources and inspiration. Part concert, part historical re-enactment and part knitting lesson, this intimate afternoon presentation is for you if you've ever wondered about the rich and noisy interior sonic worlds of seemingly quiet activities. Bring your notions and needles - a session of (optional) interactive sonic knitting is part of the performance! 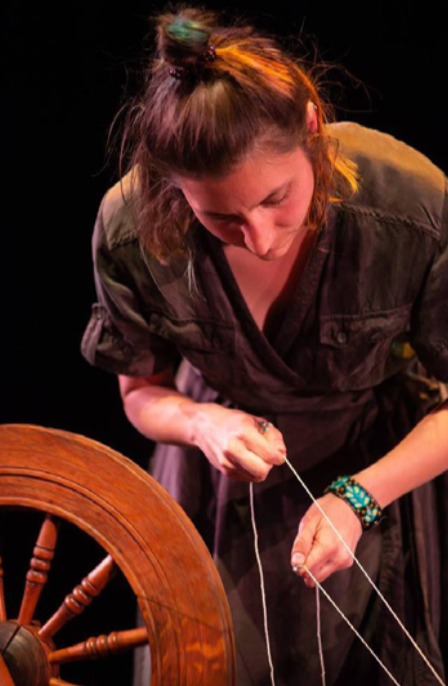 In a SPECIAL EDITION of the Upstream Ensemble, composer/improviser/educator/guitarist Geordie Haley presents a long form improvised piece, some guided improvisations and some reflections on his Threnody series. Geordie has contributed to many Upstream presentations over the past decade. Thanks to support from Arts Nova Scotia and the unique and amazing talents within the Upstream Ensemble these new works have come to life in very exciting ways.

At the Dunn Theatre
Saturday, January 5, 8:30 PM
suddenlyLISTEN/Sound of the Mountain

Sound of the Mountain is one of Canada’s most travelled improvising duos. Elizabeth Millar and Craig Pedersen have toured across Canada and throughout Asia to Australia. They personify a personal, collaborative, adventurous and inclusive musical attitude that is nothing short of inspirational. Their music amplifies the smallest sounds of the trumpet and clarinet, creating a unique intimate sound world. For this Open Waters Festival concert we have matched SotM with Brandon Auger, Halifax’s own analog synth explorer. This new trio will combine and dissect electronic and acoustic sound with amazing results! 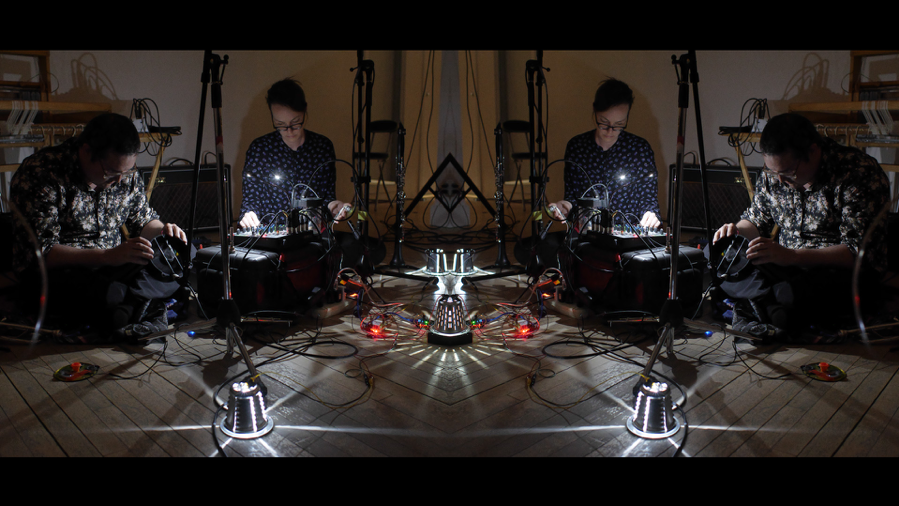 At the Marquee Club
Saturday, January 5, 10:00 PM
Jeri Brown with the JB Arkestra

Jeri Brown is Professor Emeritus of Concordia University (Montreal).  Having led the vocal studies area from 1990 to 2016 Brown now resides in Halifax as an arts contributor for allaboutjazz and a consultant and producer of various performance projects. She's been experimenting with Leap Motion technology and has put together a concert presentation with members of the JB Arkestra.

Led by Shuvanjan Karmaker Superfluid is a Halifax based Bengali and Canadian bred quasi-collective of musicians who have been playing both in Nova Scotia and New Brunswick.  At its core, the band represents the convergence of eastern and western poetry, music and philosophy. Their music is best experienced live. 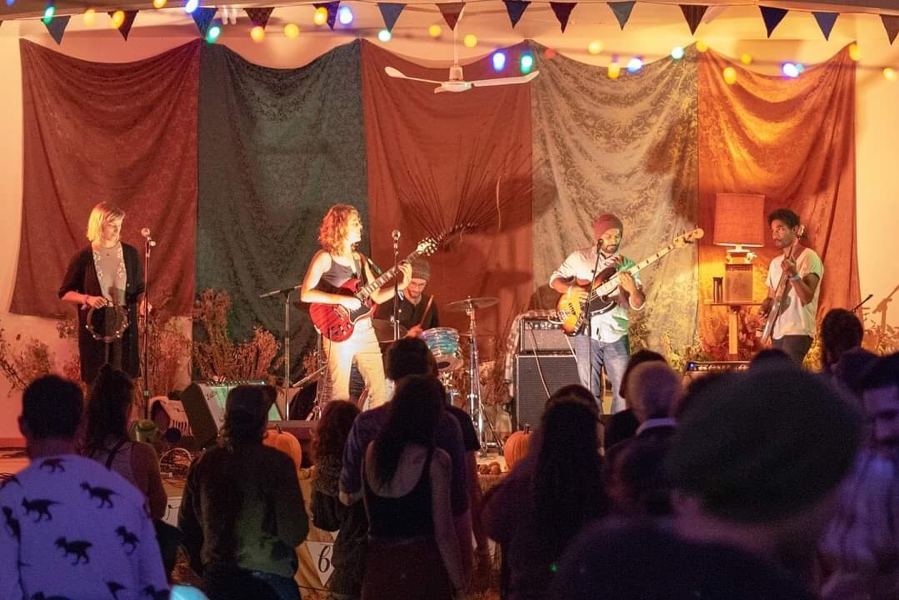 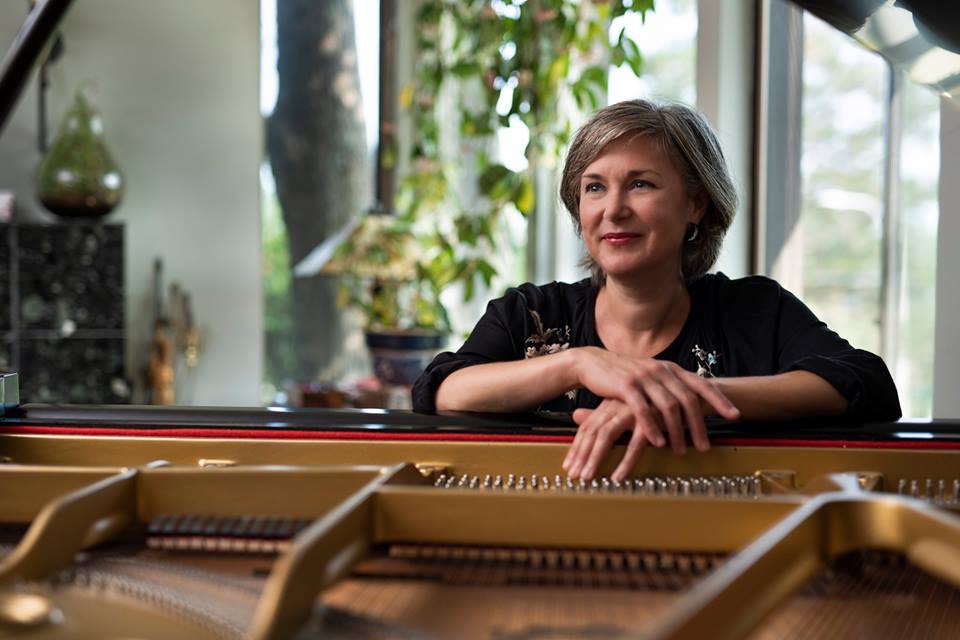 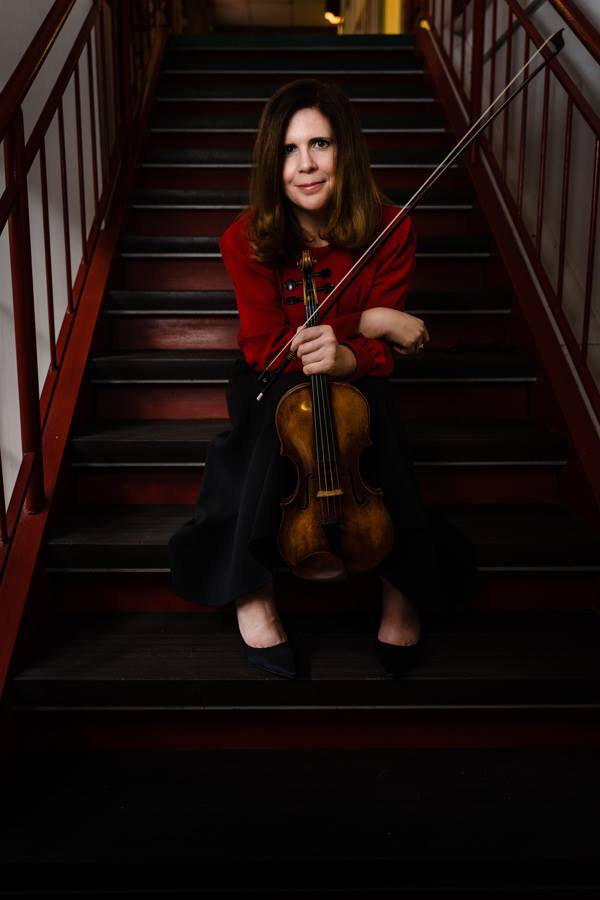 Janice Isabel Jackson – singer
Arash Delavar – acoustic, electric guitar
Mohammad Sahraei – tar, setar, beghlama, and hand drum
In vernacular Farsi the word Teleet, borrowed from Persian cuisine, is used to imply a blend, mix, or collage of different, even unlikely, ingredients.  The Teleet Ensemble is the embodiment of programming music which is a collage of styles from free improvisation to innovative approaches to traditional music from diverse regions of the world through exciting and refreshing arrangements. 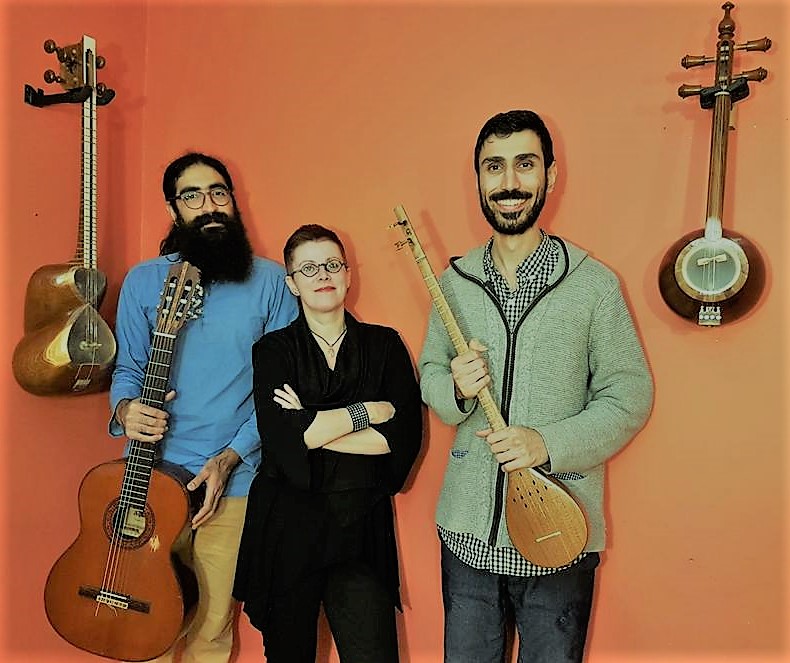 The Modum Trio mark their premiere performance with unrestrained artistic facility, and with a propensity to turn what’s inside “out”.  With an emphasis on exploring rhythmic relationships between their instruments, they present their own new works as the platform for both distinct and equivocal musical expression.
Personnel: Daniel MacNeil (guitar), Doug Cameron (drums), Tim Crofts (piano).

Voice Dance II – Tectonic Shift
Janice Isabel Jackson – performer, creator
John Little – creator/metalsmith, Tectonic Shift
Voice Dance II – Tectonic Shift is a choreography, an opera, and a performance art piece created and performed by Janice Isabel Jackson on metalsmith John Little’s phantasmagorical instrument called Tectonic Shift. This work speaks to the rituals and mythologies around metalsmithing and the belief that the metalsmith is as a mid-wife assisting in the birth of ore from the mine or womb. “What nature cannot accomplish in a vast space of time, we can achieve in a short space of time through our art.” Summa Perfectionis, 14th Century Alchemy. John Little's Tectonic Shift is part of the collection of the Art Gallery of Nova Scotia. 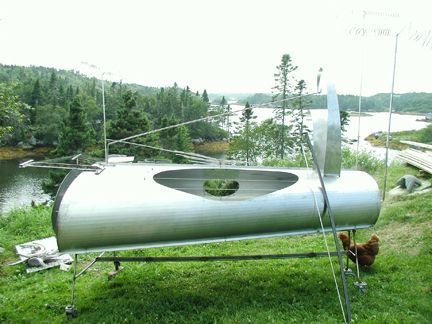 Way North is the best kind of musical collaboration, one born out of the joy of playing together. Way North was formed in Brooklyn in 2014 by three Canadians – saxophonist Petr Cancura (Down Home – JUNO nominee), trumpeter Rebecca Hennessy (FOG Brass Band/Women’s Blues Revue bandleader), bassist Michael Herring (Peripheral Vision – JUNO nominee) and one American, drummer Richie Barshay (Herbie Hancock/Chick Corea). The band brings together four musicians who love to use jazz and improvisation as a means of exploring folk and world music. They are releasing their second album, Fearless And Kind following their debut CD, Kings County, which was picked by the Ottawa Citizen as one of the best Jazz CD’s of 2015. You can hear the influences of a wide range of folk genres, including the blues, old-time, Balkan, Brazilian and Calypso. 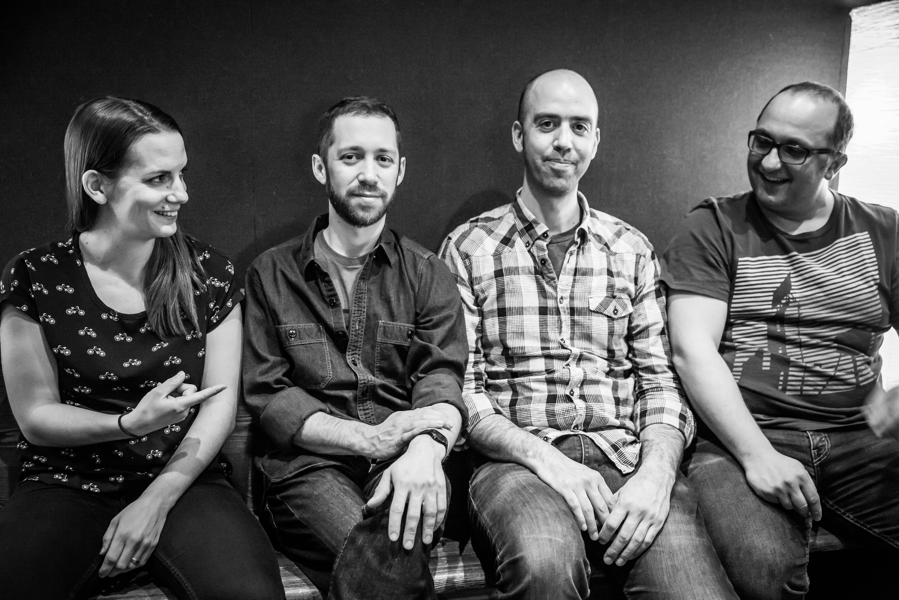 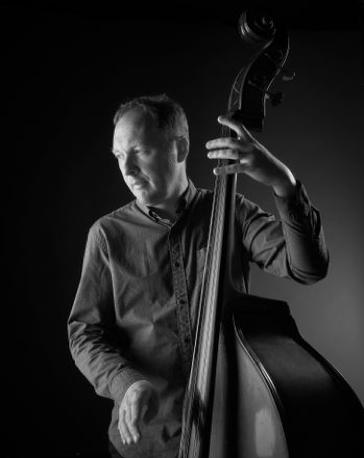 Halifax based guitarist Sam Wilson is excited to perform with her group at this year's Open Waters festival. They will be performing a collection of original work she has written and arranged for her upcoming release titled Groundless Apprehensions. While writing this music she aimed for understated yet emotive pieces that leave room for improvisation. This group will feature Tom Roach on drums, Paul Tynan on trumpet, James Shaw on saxophone and Ronald Hynes on bass. 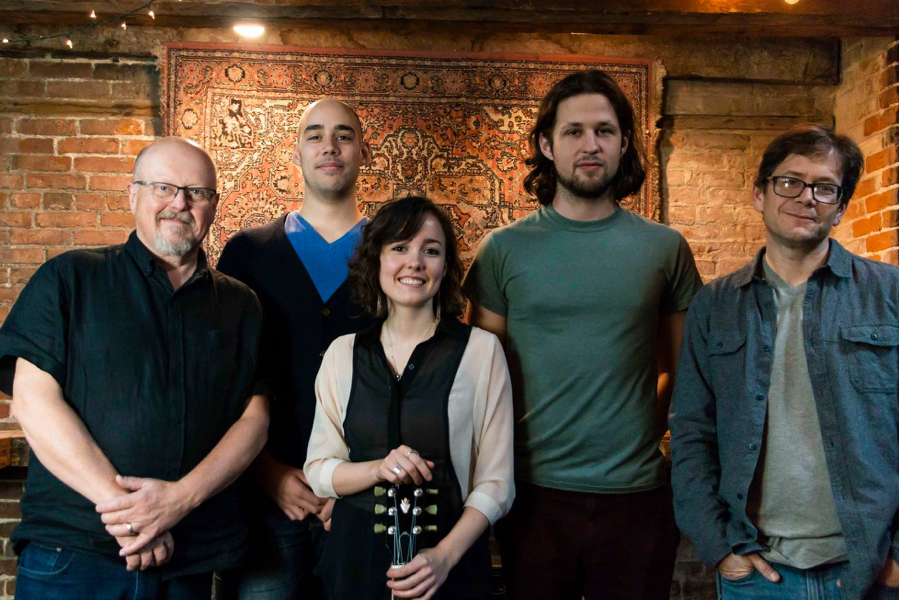 CNMN’s mission is to bring people together to improve communication, understanding and knowledge within the new music community; and to represent this community and its art to wider society.  Its activities include a major biennial forum, day-long symposia and workshops crystalizing issues of the day, research, high-level advocacy, and maintenance of a website that serves as a hub for the community.
It is a dynamic and resourceful community.  Become connected / become a CNMN member.
Visit http://www.newmusicnetwork.ca/en/

The work of bold and innovative young composers, performers and improvisors studying at the Fountain School of Performing Arts will come to life in this exciting and not to be missed set.

Sbot N Wo ("Spoiled Brats of the New World Order" (thank you, Pat Robertson!), voice and electronics) presents "Qu'Appelle". Communication, memory and loss are represented in this interactive performance based on the elemental sounds of the human voice. 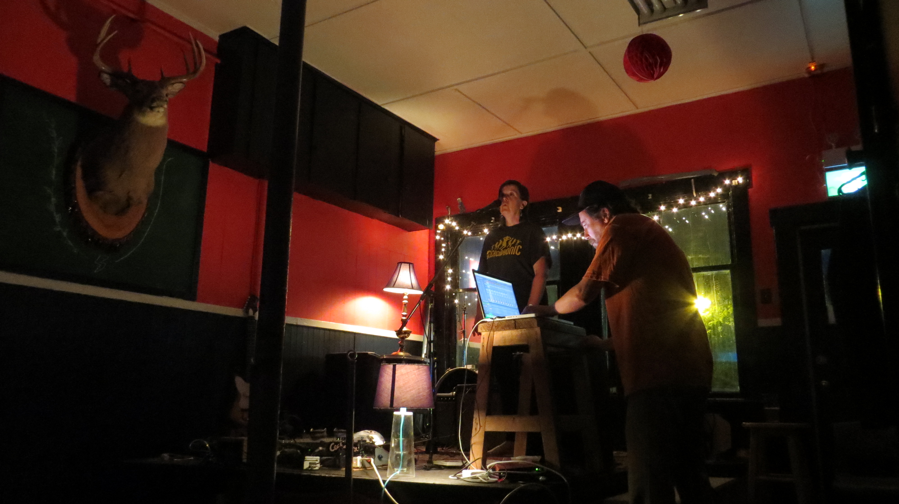 Improvisor, composer, educator and guitarist Geordie Haley will be hosting and curating an open invite improvisation session at the Marquee Club. 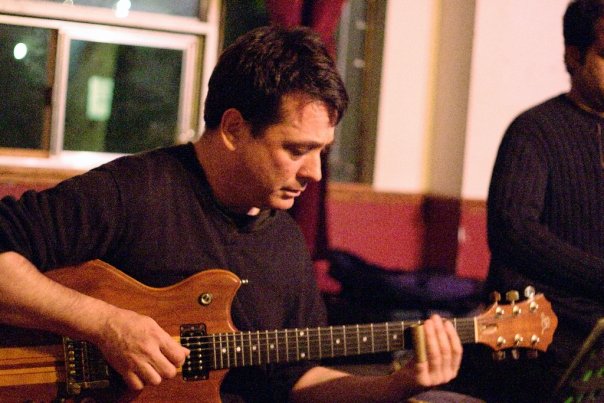 22 years ago, in February of 1997 Symphony Nova Scotia first joined forces with the original Upstream Ensemble to present a unique collaborative concert that paired skilled improvising musicians with adventurous contemporary orchestral music. Since then the Upstream Music Association and Symphony Nova Scotia have presented over a dozen of these events and together have premiered over 30 new orchestral works that break stylistic and cultural boundaries. This spirit of collaboration continues in 2019 as the Upstream Music Association once again join forces with SNS to explore the creative energy that is released when contrasting attitudes and approaches come together to find a powerful common musical ground. This event will present new works by Amy Brandon, Lukas Pearse and Jeff Reilly along with established works by Tim Brady, Bob Bauer, Paul Cram, Erin Costelo and Christos Hatzis.

Open Borders is an international music group based in Halifax, Nova Scotia. Open Borders creates original compositions as well as reworks old traditional songs from all around the world.  Mohammad Sahraei will lead the group in a new take on music for the silent film “Safety Last”.