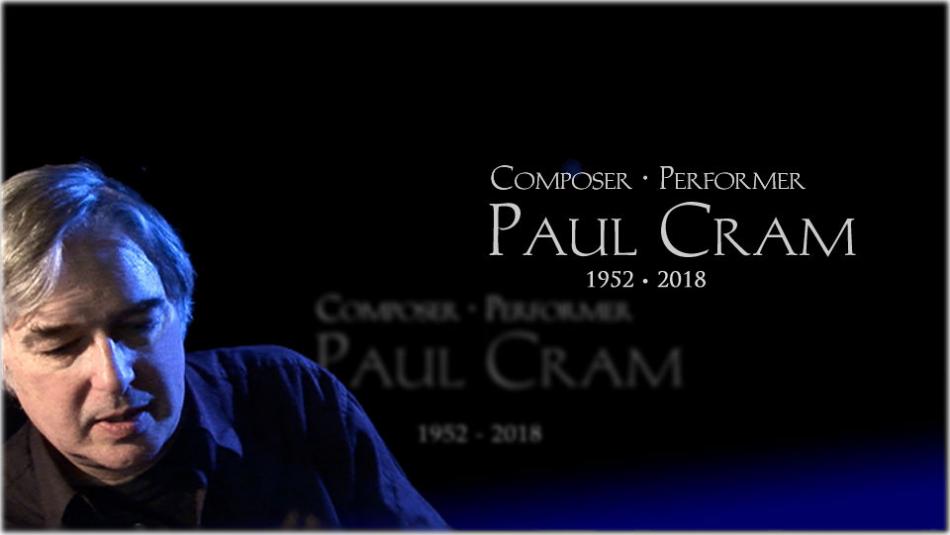 The Upstream Music Association is honoured to create the Paul Cram Creation Award. With this initiative, Upstream will be able to sustain the memory of Paul Cram and his seminal work in developing Upstream’s activities in Halifax and furthering the performance of the music he loved.

By encouraging new compositions, we are confident that the legacy of Paul’s unique contribution, his boundless energy and his infectious enthusiasm for the genre will not be forgotten. Upstream will undertake the development of an annual composition to be performed by the Upstream Ensemble and orchestral musicians. The selection of a successful composer will take place on an annual basis and will be curated by the artistic director of Upstream under the oversight of the Upstream Board of Directors.

Donate to the Paul Cram Award

Paul Cram was an artistic visionary and dedicated explorer of music beyond boundaries. Inspired by jazz, classical and world music traditions, especially the potentials of “Third-Stream” composition uniting the powers of composers and performers, he envisioned a culture that celebrated and was transformed by new music. Always curious about untapped potential, he formed many ensembles with a range of artists who would otherwise likely never have co-created together, often taking chances on emerging musicians and pairing them with celebrated professionals. When encouraging performers to try their hand at composing or improvising, he would often say:
“Come on in, the water’s fine…”

Paul Cram was Artistic Director and member of the Upstream Music Association since 1990. A composer and musician, Paul was born in Victoria, B.C. and grew up in Vancouver  playing saxophone and clarinet professionally before earning a Bachelor of Music from the University of British Columbia. Paul toured Canada extensively and co-founded several cutting-edge orchestras including the New Orchestra Workshop in Vancouver, Hemispheres in Toronto and Upstream in Halifax. The Globe and Mail music critic Mark Miller described Paul as “one of the rare musicians around whom ‘scenes’ seem to coalesce—his contribution as a leader, saxophonist and composer to creative music across Canada is immeasurable.” In 1990, Paul settled on the East Coast with his wife Mary Vingoe where he co-founded Upstream Music Association, dedicated  to new and improvised music. A prolific composer, he led ensembles and the Paul Cram Orchestra to festivals across Canada and abroad. Paul also wrote for television, film, theatre and dance. In addition to winning the prestigious FIPA D’OR (France)  for his work in film, (One Heart Broken Into Song) and several nominations and a Merritt award (Refuge) for his theatre work, he was nominated many times for Juno and National Jazz Awards. His recordings include Blue Tales in Time, Beyond Benghazi, Campin Out and Live in Lisbon.