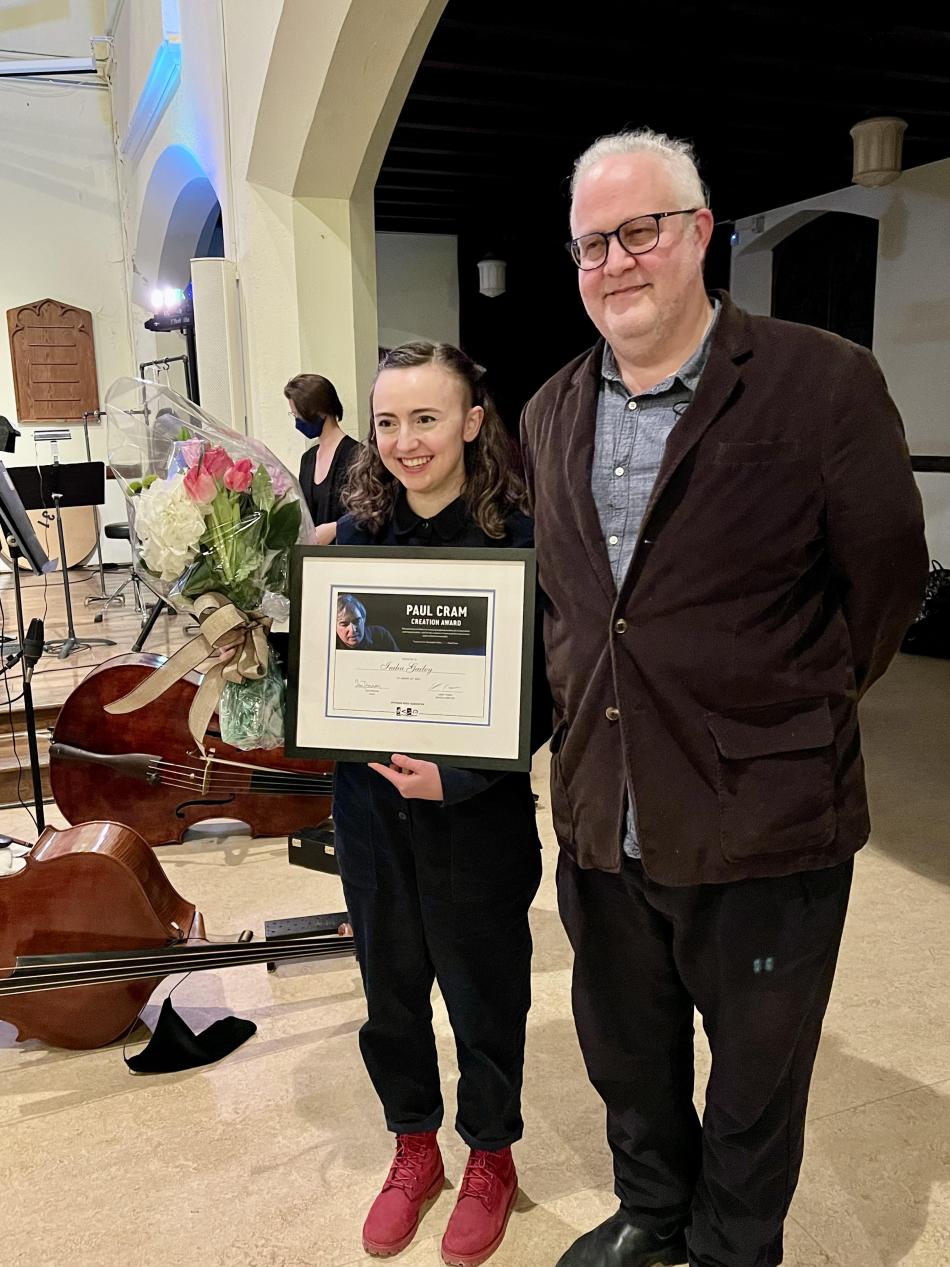 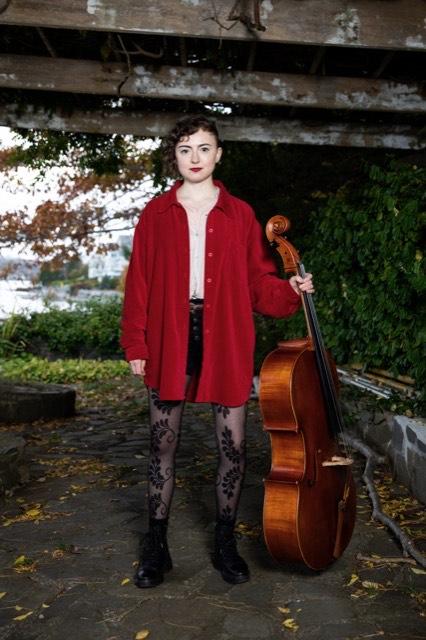 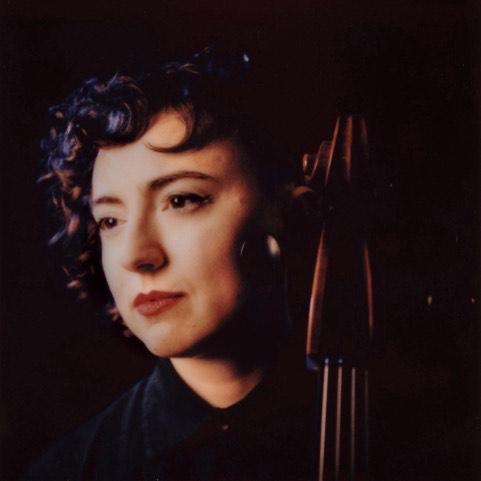 During the Intermission of the Final Performance of Open Waters Festival 2023, our Artistic Director Lukas Pearse announced that India Gailey had been selected as Upstream Music Association's 2023 Paul Cram Award recipient. This award is given annually to an exceptionally creative young artist whose musical path defies simple categories, so that Upstream can present their newly created work in the upcoming season. The award is accompanied by a monetary prize of $2000.

India Gailey (she/they) is an American-Canadian cellist, composer, vocalist, and improviser currently based in Kjipuktuk (Halifax, Nova Scotia). She draws from many eras and genres to craft poetic narratives of sound, most often performing in the realms of classical and experimental music. She frequently works with living composers, musicians outside of the Western Classical tradition, and the intersection of standard and obscure. Named by CBC as one of “30 hot Canadian classical musicians under 30,” India has toured across the Western hemisphere as a soloist, chamber musician, and collaborator. India is also a member of the award-winning improvisational quartet New Hermitage, which recently released their fifth recording, Unearth, to critical acclaim.

India recently completed her Master of Music degree at McGill’s Schulich School of Music under the tutelage of Matt Haimovitz. Since then, she has worked with several much-admired composers of our time, including Philip Glass, Yaz Lancaster, Amy Brandon, Michael Harrison, Anne Lanzilotti, Nicole Lizée, and Andrew Noseworthy. India’s most recent work has been presented by organizations such as the Canadian Music Centre (TO), Government House (NS), International Contemporary Ensemble (NY), Metropolis Ensemble (NY), and Upstream Music (NS). India released her debut album, Lucid, in 2017, followed by to you through (Redshift Records, 2022), which was praised as “a truly exceptional display of unparalleled talent” (Take Effect) that “flows like poetry” (The Whole Note). Forthcoming are the release of Lizée’s “Bookburners,” ft. NYC-based turntablist DJ P-Love, as well as a series of commissioned works written especially for India by Canadian composers.

As a composer, India is inspired by interdisciplinary interaction, and her compositions often explore environmentalism, magical realism, or minimalism. In addition to her musical studies, she has studied visual art at NSCAD University, and as a child studied ballet and contemporary dance, these other disciplines informing her compositional work. She has written music for Symphony Nova Scotia, Ear Camera, Keep Good (Theatre) Company, The Acadia Gamelan Ensemble, New Hermitage, and for various combos of musicians and dancers. She also serves on the Board of Directors for the Scotia Festival of Music, as an adjudicator for various national competitions, and she facilitates workshops on mindfulness, music, cello playing, and improvisation. India enjoys making visual art, writing poetry, meditating, and being with the trees, rocks, sky, and earth.

The Paul Cram Creation Award was established to sustain the memory of Paul Cram and his seminal work in developing Upstream’s activities in Halifax and furthering the performance of the music he loved. This is the fourth year that the award has been given.

Special thanks to our sponsors 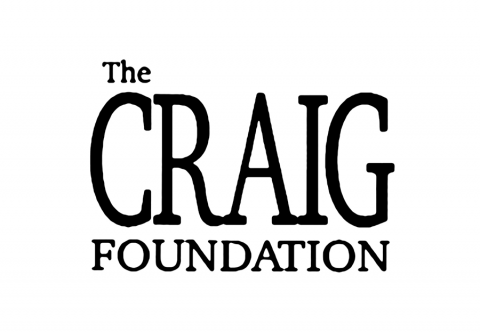 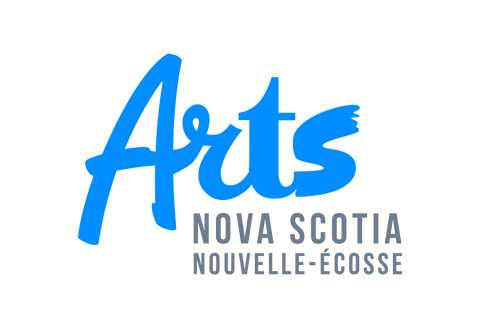