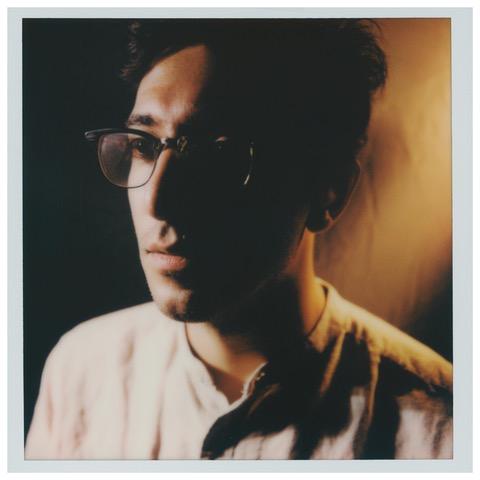 Following the concert with Open Borders and Jah’Mila this past Saturday, Behrooz Mihankhah was awarded the Paul Cram Creation Award. This award is given annually to an exceptionally creative young artist whose musical path defies simple categories, so that Upstream can present their newly created work in the upcoming season. The award is accompanied by a monetary prize of $2000.

Iranian composer, pianist, and singer/songwriter Behrooz Mihankhah started performing professionally as a singer/songwriter in India in 2011. In 2013 he shifted his focus to piano and composition when he went to Swarnabhoomi Academy of Music in Tamil Nadu, India in 2013. Along with a major in piano and composition he studied jazz, western harmony, Carnatic music and Konnakol. While in India, he played, toured, and had multiple television performances with various ensembles including bands such as the “Many Roots Ensemble” and his own group “Behrooz Mihankhah Ensemble”. He toured throughout India (New Delhi, Bangalore, Chennai, Rajasthan, Mumbai) and Eastern Canada (New Brunswick, Nova Scotia, PEI).

Behrooz holds a Bachelor of Music from St. Francis Xavier University in Jazz Studies and Sociology and a Music Arts Diploma from the Nova Scotia Community College. Since 2015 Behrooz has lived in Halifax where he has been writing, producing, performing, and touring with local indie bands such as Superfluid, Lazeez and the Persian-fusion band Open Borders, as well as recording and performing under his own name, with his debut album Lydium released in 2021 to critical acclaim, combining jazz, Western classical and Iranian musical traditions into a sound that is unmistakably Behrooz’s own.

The Paul Cram Creation Award was established in order to sustain the memory of Paul Cram and his seminal work in developing Upstream’s activities in Halifax and furthering the performance of the music he loved. This is the third year that the award has been given.

This $2000 cash award is made possible by generous donations from our community, and we urge you to consider making a tax-deductible donation to help support our community’s emerging composers