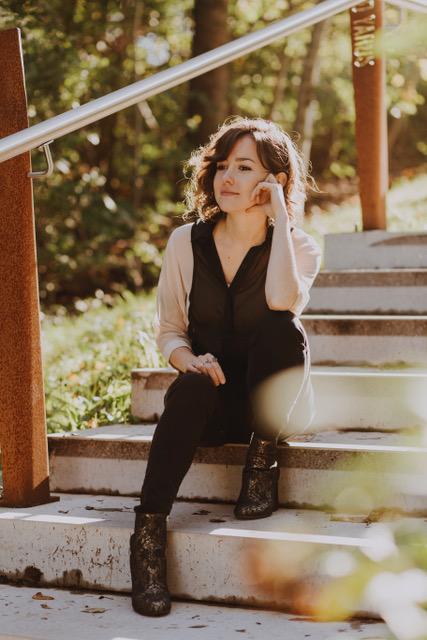 Chris Elson, Upstream’s Chairperson on this year’s award recipient: ‘It's exciting to recognize Samantha Wilson with the second Paul Cram Creation Award. She is a dynamic and thoughtful musician and composer, a worthy recipient, and we are confident that she will rise to the challenge of producing original and challenging material for next year's festival. We are looking forward to her new piece and we congratulate her on this well-deserved recognition.’

Sam Wilson is a Canadian guitarist, small works composer, bandleader and private instructor living on the east coast in Nova Scotia. Painting pictures with sound, her compositions reflect her love of jazz, improvised and instrumental music, stemming from African American music traditions. Bringing a distinctive angle to her jazz-informed arranging, she creates nuanced space for improvisation and discovery, all framed by her compelling melodicism. Sam is continuously working on her sound, oscillating between the worlds of improvisation and composition in her practice. She holds a Bachelor of Music (Jazz studies) from St. Francis Xavier University but has continued to follow her interests in less academic environments, through private study and participation in workshops.

Her 2019 debut release Groundless Apprehensions was nominated ‘Jazz Recording of the Year’ for the Nova Scotia Music Awards and the East Coast Music Awards. Groundless Apprehensions is a post-bop modern jazz compilation featuring Sam’s original music and arrangements. On September 25th, 2020, she re-released her 2017 EP Into A Heart as a full length album on Muzak Records in Japan. This edition includes four new compositions and three original arrangements of jazz standards for solo guitar. The album will be released in Canada on January 29th, 2021. Notable past performances include the Halifax Jazz Festival, Open Waters Festival, the 21st Century Guitar Conference and Deep Roots Music Festival, as well as supporting musicians at Prismatic Arts Festival and Nova Scotia Music Week.

The Paul Cram Creation Award was established in order to sustain the memory of Paul Cram and his seminal work in developing Upstream’s activities in Halifax and furthering the performance of the music he loved. This is the second year that the award has been given.