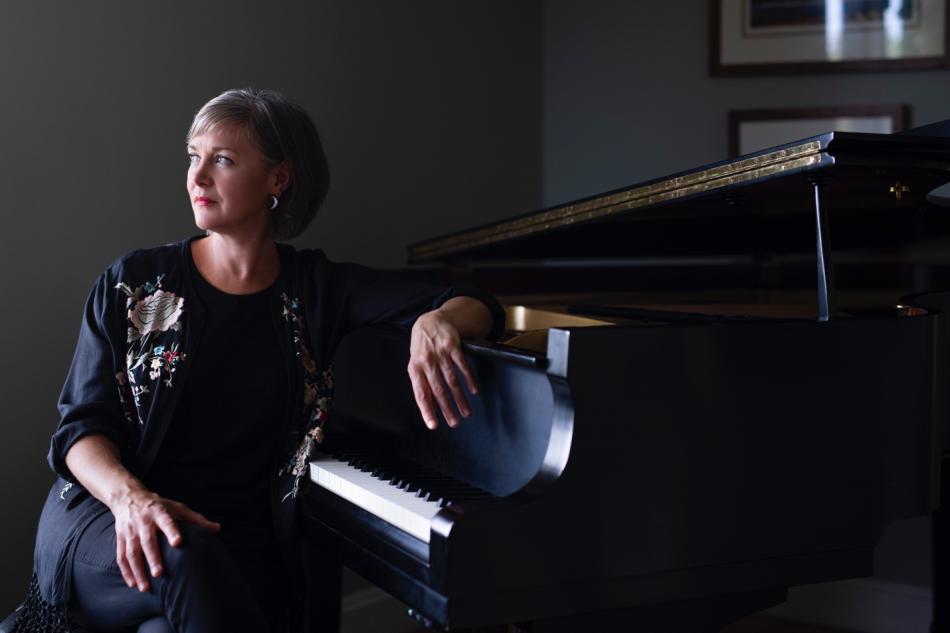 The music on this program comes from an upcoming album O Mistress Moon: Canadian Edition. The album is to be released by Leaf Music from 2021- 2022 and is funded by FACTOR.  It is a curated and narrative collection of twelve Canadian piano solos about the moon, outer space, and the night and highlights both their folkloric name and more importantly the Mi'kmaw names for the moon. This album features all Canadian content by a Canadian artist and is contemporary classical music chosen for its relationship to our environment, for the prosperity of Canadian works and composers in a manner that is accessible to a wide-ranging audience.

An experienced, versatile, energetic and skilled musician, Jennifer King works with many respected soloists and multidisciplinary artists throughout Atlantic Canada. Her artistic agility can find her accompanying at universities, touring as a soloist, or working on a multidisciplinary project with other artists. Recently Jennifer has explored working in theatre-based works. She performed in PEI’s 2019 Fringe Festival in a co-written show about the suffragettes, The Bessie Carruthers Study Club, acting as British composer Ethel Smyth. She is also the musical director/pianist for Light in the Forest, a multi-media mental health awareness theatre production produced by silk artist, Holly Carr.
With a special interest in new music, Jennifer enjoys opportunities to perform Canadian premieres, but also loves exploring older hidden gems as both a solo and chamber musician.

In 2019, Jennifer’s recording, O Mistress Moon, was nominated for the ECMA and Music Nova Scotia’s Classical Album of the Year. Her second recording, Doolittle: Minute Etudes “Excerpts” (Live) was released in August of 2019 and a You Tube video, funded by FACTOR, was released in September 2019. Her latest solo album in 2020 is Twilight Hour Collected Stories for Piano whichhasan accompanying animated video created by singer/animator/filmmaker Katrina Westin. Canada Council for the Arts funded the video under their Digital Originals 2020 grants.

Presented by Upstream Music with support from Fairechild